We live in a society and world that needs and desires titles to identify who we are. As children, we get ranked into title from birth, “First, middle, only, and the baby of the family.” As Student we get titled into the “Intellectual”, “the overachiever”, “the class clown”, or even “the trouble maker”.  As a college graduate, we know the pressures that determine the status of our degree and the importance of a good career goal. We can all agree that we have been called or have been categorized into one of these, or something similar. But what if these titles didn’t exist. What would define us? END_OF_DOCUMENT_TOKEN_TO_BE_REPLACED

We have an amazing Father who wants only success for us. It continually amazes me that people don’t know how God is literally cheering them on to do what their passions are. Just start somewhere. Quit waiting for the billboard of life to tell you this is where you are supposed to be, so what if you fail… so what if it gets hard. You moving is always better than standing sitting.

A few months ago, I was praying about direction that I need to take in my life. I said to the Father,” I have been standing and waiting, when is it going to be over?” He answered me, “You weren’t standing and waiting. You were sitting and wailing.” So often what we are “waiting” for is something we have to be taking steps for. I encourage you to find the strength to just take the steps and watch as Jesus walks with you every step of the way, He will show you where to go. 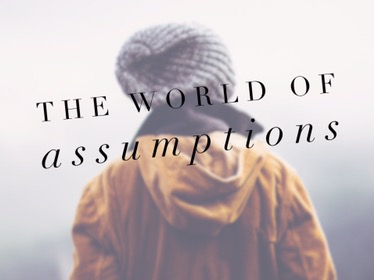 I sit here and think of many of my relationships past, present, and future. Some good and some bad. I think of my relationships of those who are close to me and those who I know as little as a tabloid magazine. Those who really know me, I so appreciate them taking the time to look beyond my faults and love me anyway, and to the other… I hope that one day we get to know each other on a better level if possible.

I remember in my childhood and teenage years I moved around a lot because of my parent’s jobs. The new kid in town, I was overweight and quiet, and making friends was not easy for me.  Those I befriend were the ones who didn’t make assumptions about me and accepted me despite my look or my strange air of mystery.

The fact that they were not the “popular crowd” was evident to me very well. I was always kind and gracious for their open-mindedness toward me. Even when we eventually parted ways, I was always grateful for their acceptance of me. It took several years before other kids really got to know me. Often, those I went to school with would reference that they didn’t think I was this “cool”. My personality or status didn’t change, but their perception of me did. I would laugh their comments off, but inside I would have to say that stung a little.

Here I was open, ready to be me, and people judged me for my looks or what they assumed I was like. In my mind, I felt that I accepted everyone and often went out of my way to make everyone feel welcomed, because I knew what it was like to be the new kid. I remember that my teacher would purposely put me next to the “socially awkward, disliked by many, weird kid”, because she knew I would not be mean or treat her unkindly.

How often now do we make assumptions about people? How often do we judge them by the small amount of time we spend with them? Maybe its time we stop assuming who they are, and actually get to know them. You may find that you are not so different after all.

I often tell my children, “People are just people”, to get them to understand relationships. Acceptance among teens are highly valued, and sometimes it hard to see my kids struggle with the same pressures I once did. Truth be told, it really doesn’t matter. If we take the approach the mindset that people are just people, then the assumptions start to fade. Then we get to see people who also have been hurt, or afraid, or called the “socially awkward, disliked by many weird kid.” Most people just want two things…to be accepted for who they are and to belong.

Yet, we dismiss them for voicing their opinion. We rebuttal their ideas and values. We reject them because they don’t have the same background or social status. We even stop giving them the time of day because they choose to live in their selfish, self-absorbed life.

If we are ever to be a thriving community, we have to stop assuming that people are assuming the worst in you.  We have to believe the best about them and that they are growing at a different rate than you. When we do, the world becomes a place of safety, and you and your neighbor begin to thrive.

Here are my antidotes.

Recently, I had a scenario where I felt people were assuming the worst about me. I will say, it really was hard. I had to forgive quickly, but then I had to do this. I had to choose to continue to believe the best about them, even though they did not believe the best about me. I chose to say, I don’t want to live my life in assumption of anyone else. I can not assume anything about them, if I don’t want them to assume anything about me.

So, here is my last thought before this is done. The way this starts is with you. You have to take the first step out of the world of assumptions. When you get that next comment, that next look, or that next “rejection”, choose to believe that you don’t know all the details. Choose to believe that regardless of their judgments, you will assume the best. Choose to know that both you and they are important in your roles in life. Maybe you won’t be best of friends, but maybe you will honor each other for what you both bring to the table.

The question I leave you…. What would your relationships look like if you did not assume you know the whole story and actually think the best about people?

This is how you cultivate your life.

I have one of the best marriages. Not because we figured out the communication dance, or are super perfect, but we constantly work on ourselves, serving each other, and deciding we are going to fix what needs being repaired. I wrote this blog two years ago on our anniversary. Although, I have made some revisions, the message is still the same.